The Hofburg Imperial Palace in Vienna Austria is a medieval castle that dates back some 800 years.

The castle was once home to the Hapsburgs dynasty. Today, it is the residence of Austria's president.

The sprawling structure has grown significantly since the original fortress was erected in 1275. 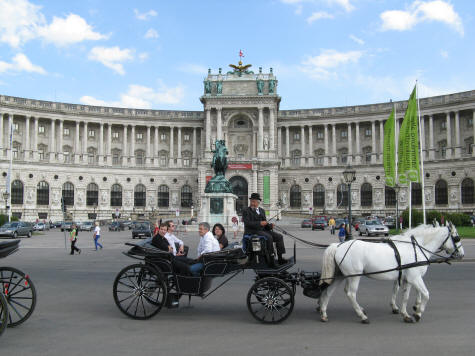 A number of imperial museums are located in the sprawling Imperial Palace. They include the following:

The land adjacent to the palace was once the private domain of the Austrian royal family and accessible to the public.

Today, the former palace grounds have been converted into beautiful city parks that are enjoyed by both the Viennese and visitors to Vienna Austria.