Vienna Hauptbahnhof was designed to replace three old stations (Westbahnhof, Ostbahnhof and Sudbahnhof) with a single through station. 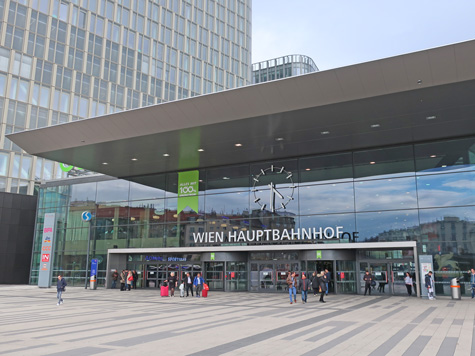 Three other large train stations that operate in Vienna are:

1. Vienna Westbahnhof (used only for regional and suburban trains)

Passengers can either walk to town from the station (approximately 38 minutes) or catch the U-bahn (metro line U1) to the city centre.